How to Avoid Blog Writing Grammer Error’s and Misspellings! 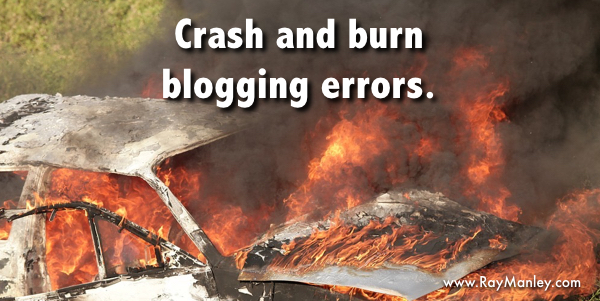 Did you catch all of the mistakes in the headline of this article? If you did, congratulations – you’re a grammar and spelling expert! If you didn’t get them, then you need to take a refresher course before you start writing for publication.

See, here’s the thing – people say, “Oh, well, everyone makes mistakes…” but no, not everyone does! And if you make common grammar and spelling mistakes in your blog, you’re going to come off as a dolt. Sorry, but that’s how it is.

So here are some of the most common spelling and grammar mistakes you can make. These are the reasons why you have to understand that Mr. Spell Checker is NOT your friend. It’s because a spell checker is not a context checker.

“Their” means “belonging to them.” “They’re” is a contraction for “they are.” And “there” means, “where it is.” Enough said.

Tip: Sometimes even when you fully understand the rule, you can make the mistake. If that happens to you for any of these examples, take the offending words out of your computer dictionary so they are always highlighted. This makes you give them a second look when you’ve finished blog writing and have started proofing your copy.

You see it all the time on signs outside houses. “The MacDonald’s.” “The Smith’s.” No, no, no. An apostrophe means something belonging to someone. So, what the heck belongs to Smith, when you say “The Smith’s”? The plural of Smith is “Smiths,” not “Smith’s.” (The baseball team in Oakland – the A’s – illustrates an exception to this. If not using the apostrophe would cause confusion, use the apostrophe. This falls into the category of style and common usage, it’s not a language rule.)

Capitals are used to identify proper names. Caps are not to be used for emphasis. As an example, you could use caps to identify the Prime Minister of England. But you wouldn’t use them to say My Kid’s Teacher.

Tip: Titles before a name are generally capitalized, but most are lower case when used elsewhere. Example: Senator McCain was just one senator who voted against the bill. In the first case, “senator”’is part of the proper noun associated with McCain’s name, in the second case it’s a common noun.

People use the word “literally” incorrect most of the time when they are speaking or writing. Literally means that words are interpreted in their exact – non-figurative – sense. You say, “Pick me up at seven” and someone lifts you off your feet at 7 p.m. “I literally received a thousand calls today!”

Tip: Use the word “virtually” in your blog writing and you’ll avoid this error.

Much of the time, spelling and grammar mistakes go hand in hand. Here are a few that are particularly bothersome:

As I mentioned above, there are language rules and there are style choices in all writing, including blog writing. Learn the rules and establish style rules so you can be consistent when you write. If you allow guest bloggers, give them a cheat sheet that outlines your style rules.

(We should probably argue about the Oxford comma here. I used to hate it, but now I think it helps maintain clarity. I’ll let you decide for yourself.)

My degree is in journalism, so I had AP Style beaten into me and it’s a great place to start. If you freelance, you’ll find that clients feel a sense of assurance if you’re familiar with AP Style. The Chicago Manual of Style is the other major guiding tome on the subject.

This has been fun, hasn’t it? This is by no means a complete listing of the spelling and grammar mistakes you can make in the course of your blog writing, but it’s a start. And really, in the age of Google, there’s no reason why you should be making these mistakes. There are plenty of online style resources you can use, and for that matter, you can still rely on a physical dictionary and maybe a copy of a good style manual. It really can make a difference (for the better) in your blogging.

[…] that you’re making mistakes, and there are a lot huge ones that you can make, not even including bad grammar. Let’s start with the five biggest blogging mistakes you can make at the start of your articles, […]

[…] this ebook, will they have any interest in a newsletter I send out that focuses on The 12 Biggest Grammar Mistakes Bloggers […]

[…] that you’re making mistakes, and there are a lot huge ones that you can make, not even including bad grammar. Let’s start with the five biggest blogging mistakes you can make at the start of your articles, […]